[REQ_ERR: COULDNT_RESOLVE_HOST] [KTrafficClient] Something is wrong. Enable debug mode to see the reason. 03 About me – Roberto Di Tondo – Fotografo

My name is Rob Di Tondo, I’m a photographer 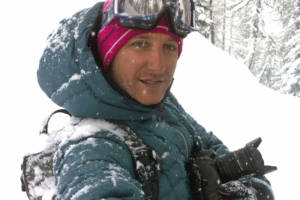 Professional photographer, I work alternating sports, events, advertising, portraits and more. Now based in Italy, I travel for projects around the globe.

My name is Rob Di Tondo,
I’m a photographer.

“I LOOK FOR CONVERTING AN INSTANT IN A TIMELESS EMOTION”

Born in Rome but grew up between sea and mountain, I started photographing from end of 1980, last century – last millennium.

From 1989 I attended three years the IED (European Istitute of Design), for Bachelor Degree in Advertising Photography. After graduation I worked 15 years as photographer’s assistant for Antonio Barrella in Rome for advertising and for Francesco Escalar, cinema, fashion and world famous portraitist photographer. In the meantime, since 1993, I started to work as freelance in the most varied fields of photography: press campaigns, editorials, advertising, still life, fashion and clothing catalogs, schools and education, events, ceremonies, weddings.

Since 1998 I devoted myself with passion to sports photography. In particular, I have followed snowboarding since its debut as an Olympic discipline (1998), creating photographic services in Europe and South America for magazines and brands in the sector, important competitions and events, brochures and institutional calendars.

After twenty-five years of work, I believe that I am an appreciated professional, ready to face every aspect of this activity. Beyond my photographic skills, I have developed ability and speed in managing the workflow and in resolving the problems that may arise during the productions. My goal is to carefully organize every single aspect of the assignment, from shooting to post-production programming, offering an accurate final product always respecting delivery times

Now I’m based in Italy but travel for projects around the globe.

I control and create unique lighting with my perfect knowledge of light, using sun lighting, flashes and more.

A professional photographer must be able to operate in several forms. Photo Studio, weddings, sport photos, portraits or aerial photos. Each situation needs its their specific equipment. I own a wide choice of professional gear that allows me to operate in any situation.

Some of my favorite images do nothing other than tell a story. They may not be great compositions, but have anything unique: they capture an history. I always try to capture and freeze moments in history for everyone to become a witness.

Most of us live our lives viewing the world with relatively the same perspective. A different perspective is what makes some photos so interesting to the audience and can turn a mundane scene into an amazingly colorful scene full of texture and life.

With hundreds of photographers reaching potential customers on social media, customers are becoming confused and disappointed by the photography industry, struggling to find quality photographers that meet their needs. When you choose a photographer, select a professional: with twenty years of experience I know well how to be focused on the client and his target.

I have a deep passion for Sport Photography & this is one of my core focus.

I photograph many events during the year for individuals and companies. This is another of my core business.

Many companies have trusted me over the years. Catalogs, websites, brochures, advertisements and books among the services produced.

I shoot and film many ceremonies. Services can be offered in different packages, depending on your budget.

When I travel for work, I am inclined to meet all sorts of situations and arguments. This requires being eclectic to photograph portraits, landscapes and everything in between.